Put Your Money Where Your Mouth Is – Report

Now in its 4th year (and guided by the winsome comedy stylings of the one and only Karl Woolley), ‘Put Your Money Where Your Mouth Is’ is the place to pitch your projects to a Dragons’ Den style of industry pros. They weren’t just there to listen, they were also ready to hand over REAL cash for an exclusive three month option on any idea that tickled their fancy. 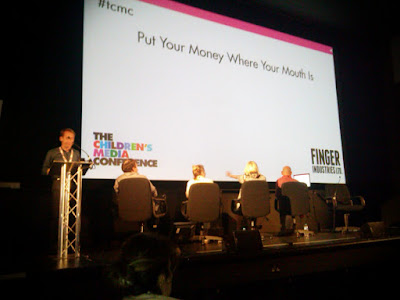 In this year’s twist, the panel – Dylan Collins from SuperAwesome, Joan Lambur from Breakthrough Entertainment, Sarah Muller from CBBC and Eryk Casemiro from Zodiak Kids Studios – listened to the pitches with their backs to the pitchee and would only turn around (or sit and swivel, if you like) if they liked the pitch (just like BBC’s The Voice).

First up were Martin and David with their 2D digital animation project called The Soul Jump Show about a group of friends who want to get their band/music off the ground. They showed a clip and animatic of the show, and Dylan Collins from the panel was the first to swivel, quite early doors into the pitch. Sarah Muller followed soon afterwards, and they then made an offer to Martin and David. Dylan, who put on cool shades to confirm his bid, sealed the deal, knocking Sarah out of contention with his slightly higher offer. Result!

Next was writer Jon Hayes with his idea, Snuff Brothers. An animation for 8-11 years about Darrell the most powerful psychic ever, possibly. Darrell goes on a quest to save his brother’s soul with the help of a south American vampire bat. Jon made a great job of the pitch, interesting and original, but surprisingly NO-ONE SWIVELLED. It’s a tough biz, this. Feedback came in as to why no-one wanted to bid: they liked the brother component of the story but because of some key zombie action, it felt a bit too similar to other zombie shows on the go. Ah well.

Michael Ford from Working Partners took to the stage next to pitch his idea called ‘Knight’, a modern reworking of King Arthur legend. It’s based on two books under Working Partners’ slate, and it was pitched as a live-action show. Similar to Jon with Snuff Brothers, Michael made a great pitch yet no-one seemed to be turning around. Then, quite late into the pitch, Eryk from Zodiak Kids made his interest known. And then once he made his bid, Joan Lambur wanted some of the action. But hold on, Sarah Muller wanted in, too! Could they go all in together? A HISTORIC MOMENT FOR THE PITCHING SESSION as a triumvirate deal was made between Eryk, Joan and Sarah Muller. Coo, excitement!

Last to pitch was Angela from Fun Crew with her project Roman Joe. Roman Joe says ‘give it a go!’ A 3D CGI pre-school animation about trying new things, and persevering when things go wrong. A lovely, charming idea, complete with the appearance of a real live Centurion at the end of the pitch! But alas, no-one turned their chairs to declare their interest. They were unanimous in their praise of the pitch and idea but it was too similar to things they had already had in development. So, not the rousing end that everyone hoped for, but all good fun and very worthwhile. 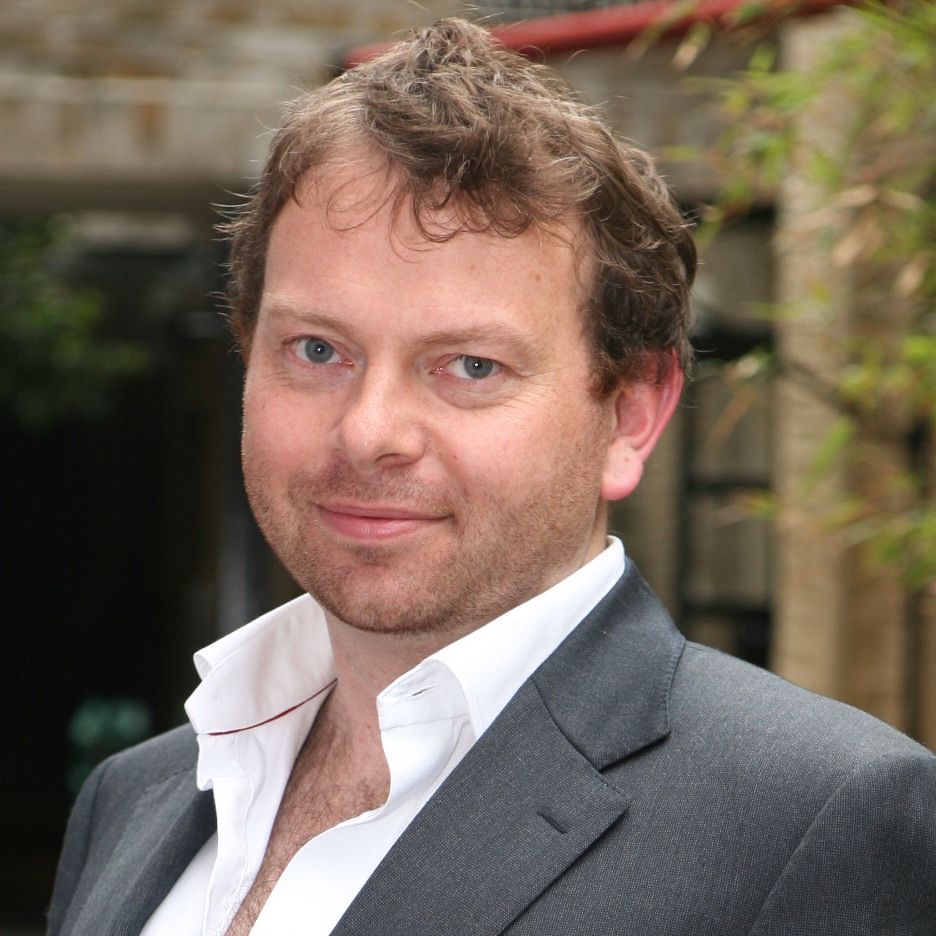