Sue Nott set up this evening’s keynote: “We’re going to look at our theme ‘All Change?’ from a different perspective… looking at change more as a call to action than as a business need.”

Jenny Sealey‘s profile defines her as “a fighter”.  My expectations for this session were quite high and Jenny certainly delivered. I had goosebumps the entire way through.

Jenny opened the session by getting us to think about what our name signs are; to put palms together with our neighbours and then try to work out how long your forearm is from someone else’s little fingers. Jenny explained that she does this a lot with groups of people and it helps us to see how we’re the same as well as how we’re different “And then the elephant goes. The glorious thing about all of us is diversity”

Jenny told us about going deaf at the age of seven. “It pretty much ended my love affair with television” and it excluded her from playground conversation and social interaction. She tried to watch Basil Brush, it was her favourite show before she went deaf, but as she said “have you ever tried to lip read a puppet?”. The advent of sub-titles on television changed this. Jenny has made change a theme throughout her work and her life.

Ignoring the careers advice to work in a library, Jenny couldn’t imagine it. As she says “deaf people make a lot of noise, they don’t know how loud they’re being”. She was drawn to theatre: ‘Disability theatre is about creating good plays for all audiences’

Jenny asked her disabled colleagues and friends to remember their favourite children’s TV shows. The main response was “where were we?” She read one story from her list of responses: “Once Blue Peter had a child on called Joey, who had Cerebral Palsy. I had CP and Joey became my school nickname for years”

She feels that Children’s Theatre and Children’s TV really get it. But they could learn more from each other and do more together.

“All theatre is about change”. When she put on The Tempest’ for a severely disabled and learning impaired audience of kids, some people asked why would they be interested? How would they understand? Jenny was incensed – “how dare they?” “We thought about every element of production, the texture of the costumes, the lighting, the audio description  – and we knew that somewhere along the line everyone eventually would get it.”

There was a really awkward moment when she invited two volunteers on stage. Sadly one was me.  She was highlighting the power of description in the dramatic process and the short extract of script she asked us to perform showed how drama can helps illuminate and influence our attitudes to physical difference and appearances that often get in our way. 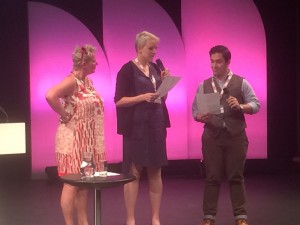 When asked how she cast’s productions… “It’s really simple, if they’re good they get the job, if they not they don’t”  Just the same as anyone else.

Jenny told us that “two thirds of the British public feel uncomfortable talking to disabled people” and that statistic shows we need to see disabled people more in the world, if we want it to change.

The opening ceremony for the Paralympics or “Sports Day” as Jenny lovingly refers to it was such an opportunity to change the narrative around disability. She feels so disappointed that the euphoria couldn’t last.  The current government, the enforced austerity and the cutting of the Independent Living Fund and other benefits have all impacted not only her performers but her friends and her own ability to work.

“They’re giving people incontinence pants instead of allowing them paid help to go to the toilet. They are making us look like scroungers. The government are creating a slow torturous death for us. We need help.  We need everyone to think about who is on stage, who is screen, and who is behind the camera. We need to make a change.”

Jenny feels there is so much that is unexplored about making television more multi-sensory and wants to bring the musical ‘Reasons to be Cheerful’ to television because “we could all do with a bloody reason to be cheerful under this government.”

I’m so pleased to see Jenny do this keynote. We need to see more women, more deaf people, more race and ability diversity. We know people respond better to each other when they have a better understanding. Diversity quotas may not provide the answer, but maybe just actually trying a bit harder and getting on with it will? 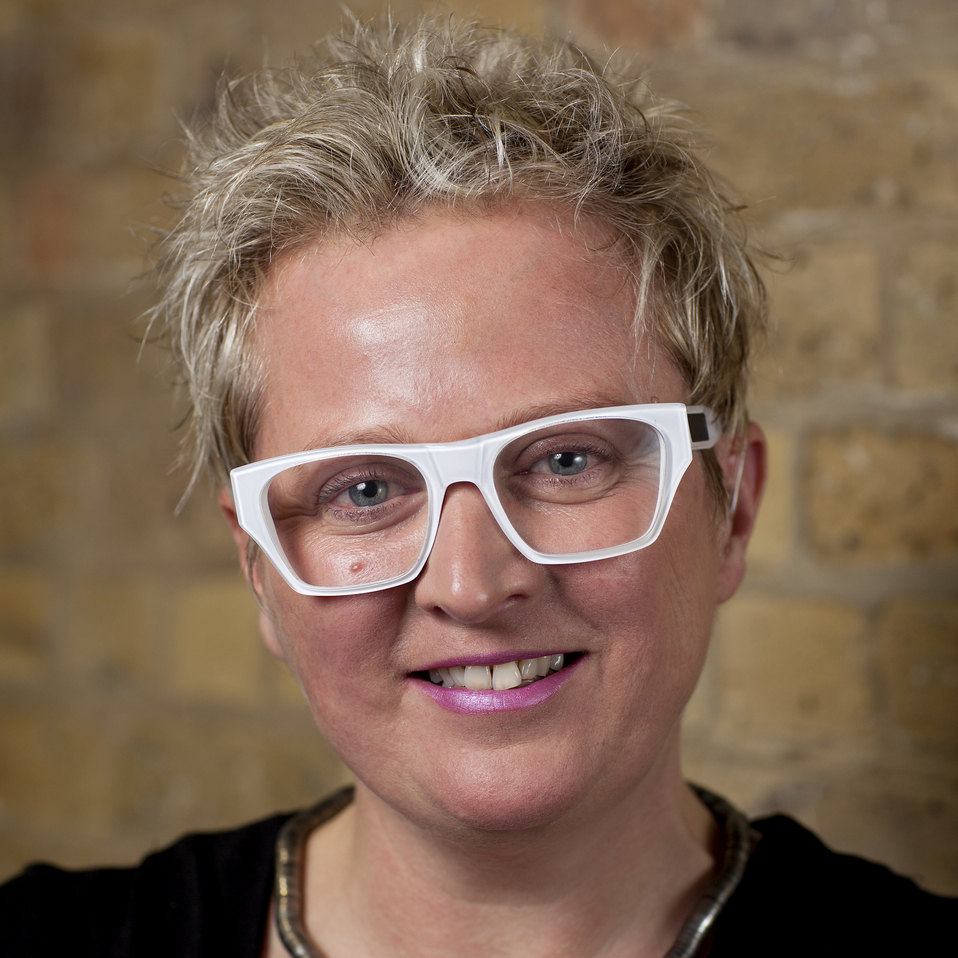