New to the Children’s Media Conference for 2015 are the Changemakers: short presentations from individuals who are innovating and making an impact in the industry, and many of them are young achievers. 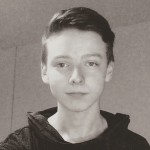 These unique talks have been produced to align with this years theme “All Change?” with contributions from speakers as young as 12 who could well be the future of the industry.

In searching for our Changemakers we sought out the very best talent from a range of backgrounds including arts and culture, games, and publishing to offer a diverse set of opinions and insight to provoke thought amongst the audience.

We are looking forward to hearing from speakers including Sean Spooner, who at 14 was named ‘The World’s Youngest Publisher’ and now at 19 is the editorial director of Magnate Media. Sean will be discussing the changing face of digital trendsetters and how younger generations are becoming the first to adopt communities and technologies before older generations for the first time ever. 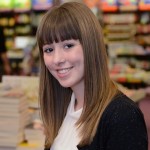 Also in attendance is Beth Reekles who 2010 when just 15 years published her first novel “The Kissing Booth” to the Wattpad platform. Since then the novel has had over 19 million reads and Beth earned a three book deal from Random House. We are delighted to have Beth joining us at the conference where she will be talking about her journey from writing anonymously online to being listed a Time “Most Inspirational Teen 2013”.

These are just two of ten fantastic Changemakers we have lined up that also include leading British YouTube creators, 12 year old app creators, award winning game designers and Guilherme Coelho, CEO of Ø1 Digital  whose interactive children’s apps have been download over 100 million times in the App stores.

Each Changemaker has been challenge to inspire ideas, drive debate, and challenge perceptions as we look to the future of our industries at this years conference. We’re excited to hear what they have to say and hope they leave the conference with more ideas than we can handle. 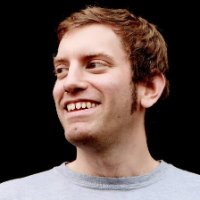 Jake heads up WONKY’s digital content output and has experience working across a variety of platforms to deliver websites, apps and games. Alongside his work at WONKY Jake manages the online side of the popular animation community Show Me The Animation. Recently, Jake completed a professional doctorate with the Centre… Read more