More news and views from people you’ll meet at this year’s CMC. 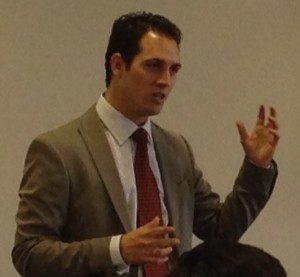 Andrés Espinosa Aceves is Deputy Trade and Investment Commissioner at Pro-Mexico. He’s attending the International Exchange and speaking in the Focus on Mexico session which will also welcome a group of Mexican animation producers with plans for partnering in the UK.

Andrés outlines the reasons why Mexico and the UK could be a good fit and what his organisation is doing at the CMC and beyond.

Like the UK, Mexico is also a country with a very strong tradition in the Creative Industries. It is known over the world for its Telenovelas (soap operas), which have proved to be extremely successful at transcending cultural and geographical borders, with a loyal audience in up to 70 countries. Mexican “accent” is considered to be the “neutral” form of Spanish due to its dominance of the dubbing industry facilitated by its closeness to Hollywood. It is also the leading producer of digital content in Spanish language and the main exporter of IP in Latin America.

To put things into perspective, the Spanish speaking market is currently roughly 500 million people (the entire population of the EU), and Spanish is the second most widely used language in the world. Mandarin, the most widely used language, is used mainly in one area of the world, whilst Spanish is used in over 20 territories across the globe. Needless to say, there is an opportunity to cater to what is largely an underserved market, especially with regard to children-focused content.

Because of this, ProMexico, which is the Mexican business promotion agency, will be participating in an opportunities panel at the CMC along with some of the most influential players in the industry from Mexico.  It’s an opportunity not to be missed if you want first hand information from people already involved in an industry that is undergoing massive change across the region.

In preparation for the CMC, Pro-Mexico is also hosting a warm-up delegation to the UK during the London Tech Week.  Four of the most representatives companies in the animation industry (Metacube, Anima Estudio, Epics FX and Gyroskopik) will be in London and Bristol from June 15 to 18. These companies are actively looking for production partners who wish to get involved in what is an exciting and promising market. 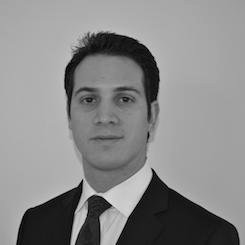 Following stints at organisations such as the U.N. and the Mexican Environmental Ministry, Andrés is currently working for ProMexico, the Mexican government’s trade and investment promotion agency. He is involved in a wide range of trade, investment and M&A projects to build a robust supply chain for the technology sector… Read more