The UK Family Film business is big business. The box office alone in 2013 for U, PG and 12A certificate films was worth £834m, and was 72.5% of the total gross box office for all films.

Twelve of the top twenty films of 2013 were aimed at young audiences and five specifically at the under fifteens. Yet not one UK-produced family film featured in the top twenty and children’s film festivals in the UK find it near impossible to programme home-produced feature films for kids or young people. 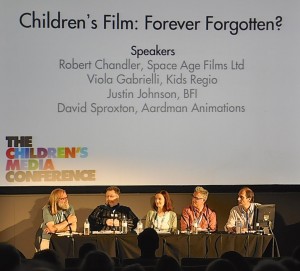 In this context the BFI is undertaking a consultation, led by Justin Johnson the acknowledged children’s movie expert at the Institute, into the needs of family feature film production in the UK.  On a panel at the Children’s Media Conference to discuss these issues with Justin, were David Sproxton (Aardman Animation); Robert Chandler (Space Age Films) and Viola Gabreilli (Kids Regio).

The key issues Justin has already identified In his research are the difficulty television and publishing companies active in the ‘kids’ space’ have in making the transition into feature film production; the lack of marketing and distribution experience in the UK to create audiences for UK family films, and the lack of focus on family features at the BFI based on its past funding priorities.

These points were picked up and then expanded on by the various panellists.

David Sproxton highlighted the key issues in making family animated films including ‘Wallace and Gromit – Curse of the Were Rabbit’, with US studios, and the differences between working with these major global players and working as an independent production company as they are now on the upcoming ‘ Shaun the Sheep’ movie. The power of the US studios is reflected in their ability to fully finance a feature, and put a very experienced marketing team behind it – and huge resources. However, this also meant that the films had to take over $150m to be seen as successful, and development could take a long time.

With regard to the latter point, the lack of development skills, and some craft skills in animation alongside the lack of marketing experience were all identified as inhibiting factors in creating successful UK family films.

These issues and the wider problems of an independent UK film company seeking to make a family feature – in this case ‘ The Canterville Ghost’ – were taken up by Robert Chandler. Robert started with the Oscar Wilde story, and obtained development support from the BFI. With a cast attached, he then set about raising a budget of $30m, which at first led him to take the film to Canada. When this deal could not be made to work, and the animation tax credit had been brought into play in the UK, he brought the project back to the UK.

However, this independent approach leads to a patchwork of finance, as Aardman have found on ‘Shaun the Sheep’, with Robert seeking not only BFI backing, and a good sales agent, but EIS funds, pre-sales, equity investment, tax credits, and gap financing in order to make up a much reduced budget of $18m.

Robert’s experience reflects the overall position of all indie film producers in the UK. A scenario compounded by the lack of specialist sales agents for family films, which leads to difficulty in assessing how much your film is worth in the market, and therefore, what your budget should be.

Viola Gabreilli brought a European-wide perspective and highlighted how much could and probably has to be done to improve this situation in the UK.

Viola works for Kids Regio, a lobbying body to promote children’s and family films in Europe. Its activities have led to the creation of a Young Audience Award in the European Film Academy awards and new legislation within the EU under the Creative Europe umbrella to provide distribution support for family films in different European countries.

Working within the German context, with its various regional government support systems she has seen a brand new landscape created for family feature production.

‘You need to work with politicians to achieve change’ – Viola Gabrielli

Currently in Europe it is within the German film industry the largest strides have been made. Two of the German regional governments lobbied for two years for Children’s films to be recognised at a national level and for a new set of support mechanisms to be se up. This resulted in 2014 in the launch of ‘The Outstanding Films for Children’ programme.

“The Outstanding…’ programme provides support for the development and production of German family films backed by the national government. The criteria for this support includes

There is a call for producers to nominate possible films once a year, after which a Jury chooses 6 films to put forward to potential funders who pick two for support.

This support takes the form of advanced distribution funding, guaranteed TV slots, (the children’s broadcasters are partners in the scheme) a marketing award and marketing support from the broadcasters.   However, the major incentive is 40% of the budget is provided from TV as a co-production deal! 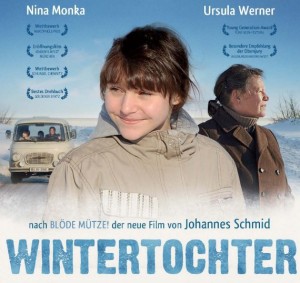 In addition to this activity and addressing the poor level of developed screenplays highlighted by Justin and David, some years ago a group of committed individuals under the Friends of German Children’s Film banner, set up an Academy to develop new original screenplays, and their authors. The films and people developed through this process are now receiving interest from the funds – a virtuous circle is beginning to emerge which will ensure that the level of original feature film projects being put forward for the programme, and to broadcasters/financiers generally, is of a higher standard.

This positive model, addressing the development log-jam, was warmly welcomed by the CMC audience. Many hoped that a similar model might de adopted in the UK.

However, when quizzed by the audience, Justin Johnson made it clear that the steps at the BFI after he delivers his report were not yet decided. Commissioning the research did not mean that the BFI was committed to developing a family feature film strategy.

The outcome of Justin’s consultancy, and the BFI’s response will now be eagerly awaited in the autumn. And after the session there was serious talk of creating a campaign to ensure that the report leads somewhere meaningful for UK kids. 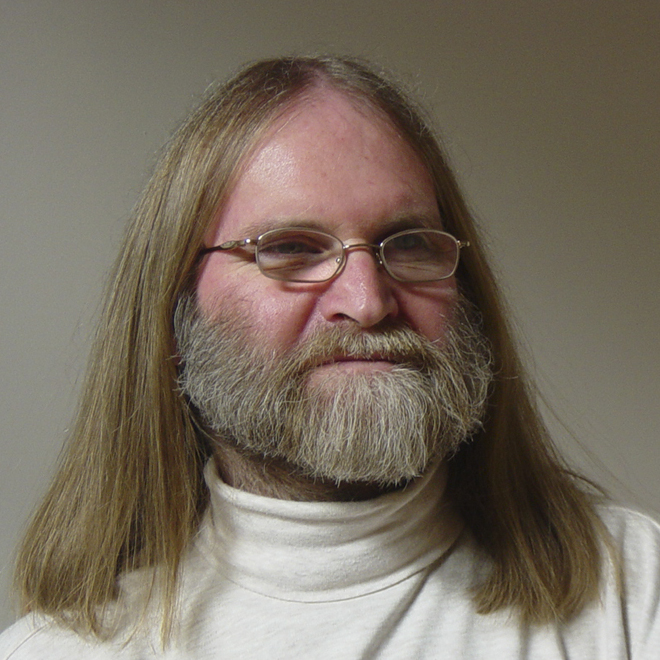