Research 2: The End of Live TV for Children? – Report 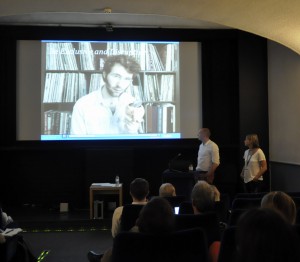 Maddalena Piras, Head of Audiences, Children’s and Learning at the BBC and Peter Maginn, Research Director at Illuminas presented their research looking at the viewing behaviour of children under the age of 12.

The question was posed in the first place following the rise in the number of tablets either owned or accessed by the under 12s, as well as the huge growth in iPlayer requests, assuming fewer children are watching linear TV.

Astonishingly though, 89% of under 12’s say a TV set favourite device for watching TV, which raised the question about how children actually consume TV content. How do they watch TV – live (as broadcast) or on demand? Who are they watching TV with, where and on what sort of device?

The study found that 63% of all viewing occasions are in fact live. Key is the sociability – kids see live TV as both part of their routine, but also as a social interaction.

This did vary across age, for the under 6s it was 60%; but for the 7-12s it was 70%, suggesting older kids already gravitate towards other non-kid specific channels

91% of live viewing sessions among the under 12s are on the main TV set and 74% of live viewing sessions are with others, which demonstrates this idea of sociability. Kids like to watch with others and chat both during and after a specific programme. 46% watching recorded programmes and 66% of catch-up viewers said they would have preferred to watch live so that they could join in discussions with peers.

Again there were differences across the age group: for the under 4s parents are still in charge, they rely on assistance and guidance, here scheduling and routine play significant role in the search for live content. By 5-6, kids are gaining independence, with the over 7s being fairly autonomous. 46% of under 12s search within the children’s genre compared with adults, where only 10% search by genre. The study found kids search for live TV via channel numbers: they are more direct and specific about their choices, so if they find something they like, they will stick with it, only going back to the top of channel list when they’re bored. 7-12s were also found to use wallpaper channels more often, long before resorting to PVR or other devices.

Kids (aged 7-12) would only watch something new on demand 7% of the time and then only if nothing else could be found live channels. The study found that familiarity is important in decision making when viewing live – 78% go straight to what they want to watch and they know how to get there (usually through channel numbers).

So is on demand taking over? Not yet. On demand still accounts for a very small proportion of children’s viewing (9%) and is not the preferred method for watching programmes.

What might have a significant impact on our future audiences? The research found that it depends on what is easiest to watch, so if on demand TV was available via the main TV set then its use may grow. Interestingly too, it has to be easy for the child and have a social element i.e. they want to be able to chat about it with their friends both in real time and at school the next day. Some things will never change!

For full details of the speakers check out the Session Guide here.