Presenting the first opportunity of the conference for delegates to catch up, old faces exchanged hellos and new faces introduced themselves over a pre-dinner glass of wine or two. 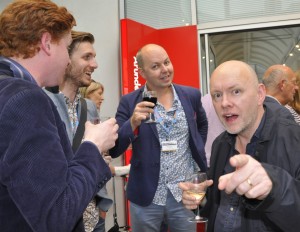 It is often the nature of such events to be a touch over-crowded; a few had gathered on the terrace early before the masses exited the Crucible. But the stories I’d heard of chaos at the top of the escalators were perhaps a little exaggerated. Nevertheless, the crowd did gather as delegates took the chance to survey the scene for the first time – who is here and who’s not. In a nutshell, it’s the moment you catch up with old friends. It also offers the opportunity for those in the business to introduce themselves to colleagues and partners they’ve hitherto only ever met over email. 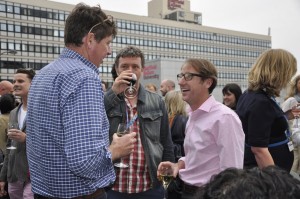 Wine flowed in abundance, making the standard market behaviour of trying to surreptitiously check each other’s badges while holding a conversation, because you can’t quite remember who you’re talking to, a little easier stumble around. I overheard someone say that they have a long list of faces they have seen at similar events over the years, along with a long list of names they’ve come across too – the two don’t always tally and evenings like this one offer a good chance to match some of those faces and names without feeling a bit of a fool. That said, it can also be a bit of a puzzle and if you approach it thus, it’s a good way to remain sober while the staff hover with those bottles of wine, ready to refill glasses!

This is not a gossip column, which is probably just as well: I didn’t hear any. But I did get to see a lot of old faces, some older than others, but all ones I welcome the chance to see again. And that was the common thread of the conversations I had – this is a pretty inclusive conference said one writer to me, it’s the best way for creatives to get access to producers – and I have never seen so many writers in one place!

An hour or so into the proceedings, little groups started to gather with the aim of grabbing a bite to eat – it’s still a little early to peak for some …