Kath Shackleton, of Fettle Animation, reports in full on the first case study at the CMC Animation Exchange (4 April) 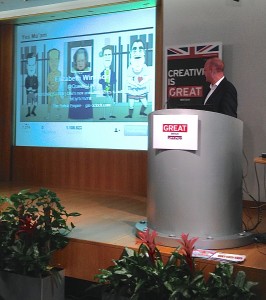 David was upbeat about how his studio have benefitted from developments in the past year.

He is mindful that some of the best people have started out small – all you need is ambition.  Ben Wheatley started out by making a feature film with £6000 and now he’s making high budget movies and directing episodes of Dr Who.

There are new models of finance, with Modern Toss raising £40,000 on Kickstarter offering crazy rewards such as a  dinner with the lease creatives Jon and Mick in Burger King – for a £300 donation!

As a studio, Cutlass have benefitted from the full raft of initiatives over the last year, having completed an interim and a final tax credit application, taking on Skillset trainees, a MEDIA programme award and running a CelAction training course with Creative Skillset.

David got his money back from HMRC four days ago, and has seen exceptional demand for the CelAction course.  The approved graduates he’s had from the Skillset trainee finder scheme have been exceptional, and there is no cheaper or better way of getting new talent into your company.

He’d urge people to pay into the production levy.  0.5% of your budget – you get an excellent return.  For him this has been a massive success.

He shared some of his practical experiences of applying for the tax credit.  He got professional advice, but actually submitted the application himself to keep the budget as small as possible. 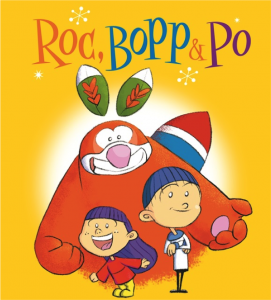 There have been a few frustrations along the way.  He’s applied for two projects YesMa’am a Yahoo-funded short-form comedy series based on @Queen_UK and a series for 6 – 9 year olds Roc, Bopp and Po.  The cultural test was a breeze for Yes Ma’am – no problem in proving that the Queen is uniquely British, but as for a mutant red panda, with a rainbow tail – quite a challenge!!!

On the HMRC website there isn’t a shiny red button that says “apply for tax break here”, you have to hunt around for the form.  You need a “CT600 long form”.

Good news that it can be done yourself for less than £100. It can be done on a small scale, but below a £5K budget it’s probably not worth the trouble, given the time it takes.

A cautionary tale – everyone needs to exercise due diligence.  The producers of the feature film “A Landscape of Lies” are spending 6 years 5 months in prison after having been convicted of tax fraud. (They set up a vehicle to benefit from the tax incentives and then realised they’d have to actually make a film – which they did at low cost – and it won an award!)

There has never been a better time to start up and innovate.  There’s new seed enterprise money, if you set it up right your investors can’t lose!  David’s advice – innovate, experiment and iterate!