The Creative Keynote: Phineas and Ferb: How We Did It

Phineas and Ferb: How We Did It

Overheard on the way out of the Crucible Theatre

“He makes me want to do stuff.”

“So what is the difference between snooker and billiards?”

If you weren’t there: WHAT WERE YOU THINKING!

Here are the Top Ten Takeaways:

After a full day of listening to facts, figures, opinions, the last thing any of us wanted was another lecture.  Whoever had the idea of inviting Swampy to speak, I salute you!

A more personable, entertaining and inspirational speaker you couldn’t hope to hear.    He came to animation fairly late, quitting a suit and tie job and following a friend’s suggestion.  His first job was drawing backgrounds on The Simpsons, where he also met friend and co-creator Dan Povenmire.

Swampy explained how he and Dan came up with Phineas and Ferb as a way to continue working together.  Life intervened however and it took 15 years for Phineas and Ferb to be an overnight success.  It did the rounds of the broadcasters, getting close to deals but never closing until finally Disney took it and put it on the shelf.  By this time Swampy was working in the UK and with the dream of working together also gathering dust.  Then nine months later Disney dusted off the cobwebs.

Development involved convincing all the Disney territories of the idea with a great pitch reel, and the usual process of focus groups, executive notes, storyboards…  However, Dan and Swampy’s attitude seems far from ‘usual’:

In terms of creating a Phineas and Ferb episode, the show is essentially “the rantings of two middle aged men who think kids don’t get out enough and do stuff anymore.”  You’ll know it’s about two boys trying to make the best of every summer day and a secret agent platypus.

Swampy and Dan wanted to make a show that wasn’t populated with jerks and idiots or just populated with gags.  They insist that story and character come first: “if they [the audience] are not gonna care about the characters, they’ll never care about the gags.” The starting points for each episode are varied but boil down to asking the question “if you were nine or ten years old, what would you like to do in your garden?” An episode weaves three storylines together.

When asked about the secret agent element, Swampy explained it’s because he and Dan loved the chase sequences in things like Rocky and Bullwinkle.  Likewise they include songs because they love them: “music is our ticket to immortality: who remembers the Archies’ theme tune?” [We all sing it] ”Who remembers a story?”  [The ghostly echo of a cue ball clacking against a red fills the silence of the Crucible – no tumbleweed in Sheffield].

However, these elements are not just indulgences as can be seen in any episode.  The stories are worked and worked so they inform one another to create something that satisfies and entertains not just Dan and Swampy but the audience they respect and value so highly. 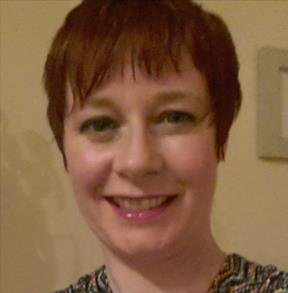