Has the children’s audiences changed?

David Kleemen will once again be opening his Prix Jeunesse “suitcase,” but this time to celebrate a dual anniversary. 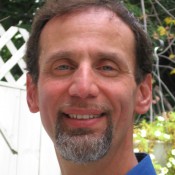 As the CMC celebrates a decade, the international children’s television festival – PRIX JEUNESSE – is planning its half-century celebration, May 30-June 4, 2014, in Munich!

To celebrate the dual anniversaries, the ever-popular CMC-PRIX JEUNESSE “Suitcase” will spotlight high-impact shows from over the decades.  (We’ll only go back to the ‘90s, not to the French existentialist films of the pre-“Sesame Street” years.)  The programme choices came mostly from the ‘Prix Jeunesse-habitués’ among your colleagues.

Looking back at classic TV can be very revealing about how our audiences have – and haven’t changed.

Find out how Guatemalan children breaking stones for a living taught Danish kids that “children everywhere grow up with equal dignity, even under unequal circumstances.”  Watch Australian boys hold a literal pissing contest.  From the UK, check out the first Terry Pratchett work brought to TV, and a wordless comedy written by Steven Moffat.