Anna Home opened the final session of CMC 2012 with a big thank you to all who’d organised, worked at, spoken or participated in the conference in every sense. She then handed to David Kleeman who had a small team of Conference regulars to outline their top takeaways from the entire event.

David concluded by saying he was very envious of one new development which was the creation of the Children’s Media Foundation,who held an event on July 6th. Its plan to be an audience advocacy body, while bridging the gap between the industry, academic and commercial research, and regulators and policy makers – essentially from the industry’s perspective to be a “critical friend” was fantastically useful – and something which isn’t currently possible in the U.S. due to the fragmented nature of the various bodies. It will be invaluable in creating good policy decisions, campaigning for funding and sensible regulation. 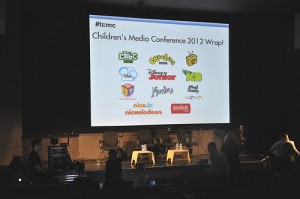 What were your top takeaways of the conference? Tweet them on #tcmc