Trailer for ‘The Flying Machine’ (Ink and Light) shown by Tamsin Lyons:

As the expert panel explained, if used subtly (rather than the “bad” 3D we’ve all seen) and is appropriate to the content, the genre and the audience, then absolutely. But it’s projected it will sit alongside 2D content in the future rather than taking over.

The messages were: understand it before you shoot with it, and the audience wants 3D, they just don’t know it yet. But the dichotomy is that broadcasters and channels (there are currently 70 3D channels around the world as it happens) need to put a huge amount of money into creating new channels, to propagate them with enough content to attract the home subscription viewer, for 3D to really take-off in the mainstream.

With the cost of 3D production, distribution and storage being that much more than HD, there’s an understandable reticence for producers to fully immerse themselves in the format. But the panel were unanimous in their opinion that the landscape had already changed. So what might the next steps be?

Amy Mathieson from Jet Set Films found a helpful next step: by way of investing in and exploring the format, could complimentary content e.g. 2min trailers in 3D for handheld devices, be created for mainstream 2D titles. Don’t embark on anything substantial without really understanding it! Helpful, realistic and inspiring advice I felt.

I’m a linear, 2D, (barely HD) kind of guy what with the journey I’ve trodden in my few years in the industry. I get concerned when anything detracts from story or content. I think we can all agree that any format has to serve the story; stories led by a format will always lack quality and integrity.

(Jon added during the Friday deluge – “And by the way, presumably CMC now stands for the “Chucking-it-down Monsoon Conference”?) 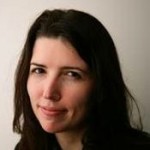