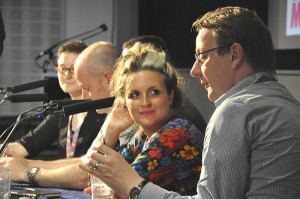 It’s fun walking into a cinema room playing Guess the Cartoon theme tune. Noddy, Tweenies, Bananas in Pajamas…. It’s a trip back to mt children’s TV worshipping days. It feels good. Too good. Luckily the session starts before my bum starts dancing on the seat. I’m here to find out if storytelling will have to change and adapt to fit in with the growth of children’s media consumption. In the future will stories still have a beginning, middle and end? That’s what we’ll find out at the end…if the end actually exists.

The panel of experts included the former CEO of the Pottermore website, an author, screenwriter, and online games creators. Each have created other worlds or sustained the life of a story through different mediums.

Author Laura will be taking her character, Darcey Burdock, out of the pages and taking her on the road – she promises a show that’s a cross combination of Mother Goose with Lady Gaga.

Game creator Sophie’s game, The Green Lantern, was inspired by the film and has encouraged a sustained interest in the story.

It’s clear that a story doesn’t have to stop with the original script, book, game, film. It can go beyond that. Open world games are a fascinating way of exploring new stories. Created in a non-linear way means it’s a technical challenge of where the story will go. There’s a certain freedom to this idea that’s fascinating. How often have you read a book and finished the last page only to want more and more?

Of course there are people who believe other people shouldn’t mess with the original, but what if the original creator was involved, like Laura and JK Rowling? Pottermore is a digital venture that aims to make the Potter stories deeper, not longer. Users can find out more about how a wand chooses a wizard, or why uncle Vernon and aunt Petunia are so ghastly. For Sophie, her team were given a brief of what The Green Lantern game should be like. They had a look at the script and were given permission to create a back story.

So what about endings? How are they negotiated? With books, agents apparently always tell their Authors to not worry about endings. Keep them open so there’s possible scope for the next four or five – or six – books.

With games, Will believes it’s nice to have a resolution planned out. Lost, the TV series, is cited as a cautionary tale. The creators had no ending to begin with and they made the story up as they went along. As a result there was a huge backlash from fans (myself included). Resolution can happen after the game, film, show, book…is finished and you talk about the experience. Think of cavemen gathering round the fire after a big hunt. 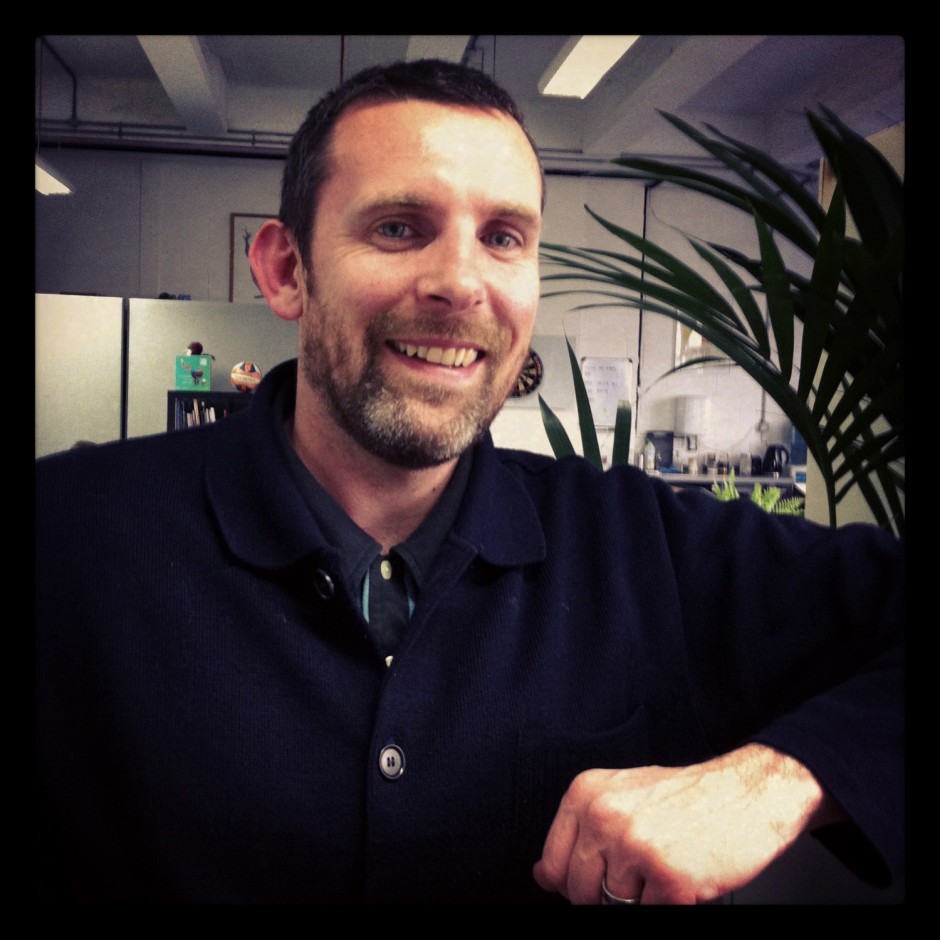 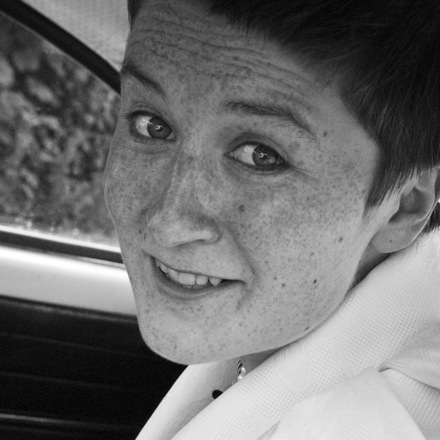