So Now You’ve Got An App 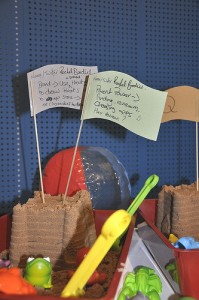 “In order to be successful in today’s marketplace, apps need to differentiate and deliver a truly great experience. Join us to explore what this means.”

Well we all know what an app is! An ‘application’ not that, that really explains, but I’m sure you all know.
I’m certain everyone has a favourite ‘App.’ I know I would be quite lost without emails coming straight to my smart phone. I’m sure that children don’t have the same concerns, but they probably do get just as annoyed at the catapult in angry birds when it sends it flying the wrong way, as I do when my emails won’t load.

The workshop session was about how to make apps appropriate for a young audience, as well as looking at the future of apps on tablets. There were 5 amazing speakers who talked about research with young people into their role within the digital world, making the interfaces magical, provoking creative kids, engaging the parents and combining the digital world with physical reality.

Top things to take away from the session from all the speakers:

• Younger Children are playing games online and on tablets. When they become a little older they move to apps that allow them to talk to their friends.
• It’s important to have a clear and simple layout of an app, a smiley character that looks head on to the audience is key.
• Interaction needs to be satisfying and stimulating
• http://www.youtube.com/watch?v=W9M0mdgmrGg
• It’s important to understand where the app will be used, in the car, in the living room or alone.
• Although tablets can be a ‘Time Out’ for the parents, apps can be used to provide learning objectives for the children to achieve with their parents.
• New technology will mean there will be collaboration between the physical world and the digital world.

Of course today’s session kept with the theme and was itself highly interactive,

Participants and others who weren’t there can now join in on CMC twitter feed.

By day Chris is an innovation specialist at web technology agency Technophobia, but by early mornings and weekends he’s the father of two little boys whose first words to him in the morning are invariably “can I play on your computer..?” Chris has over 20 years experience in digital media,… Read more