In the last bulletin we an 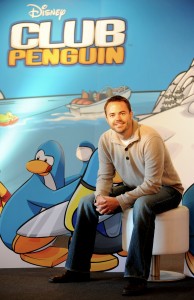 nounced that Lane Merrifield, co-founder of Club Penguin, and now in charge of all Disney’s virtual worlds for kids, will be giving the CMC Opening Keynote on Wednesday 4th at 6pm.

As if that wasn’t a great enough start, this is how we go on…

In the “Meet the Commissioner” sessions: Joe Godwin for BBC Children’s, Kay Benbow for CBeebies and Abigail Appleton for BBC Learning, Sioned Wyn Roberts, the new commissioner at S4C and Louise Bucknole the new Programming Director at Disney Channels. And we’re welcoming for the first time the Director of Creative Diversity at Channel 4, Stuart Cosgrove.

In a new departure, CMC will create it’s first ever full-scale pitching session as industry figures line up to invest real cash in proposed concepts. Nigel Pickard (Zodiak Media), Sander Schwartz (Fremantle Media) and Michael Acton Smith (Mind Candy) will be the “dragons” and haggle over the projects pitched.

On the policy side, Reg Bailey, author of the Bailey report “Letting Children be Children” will be attending CMC to discus industry progress on his internet safety recommendations. And policy meets business and creative opportunity as Ben Roberts, newly appointed director of the BFI Film Fund comes to discuss the Future of Children’s and Family Film in the UK.

Ian Livingstone has made his mark on policy too, with the adoption of his “Next Gen.” report by the government as the future policy for teaching kids IT, and with his campaign to create a generation of coding kids, Ian will talk about the past, present and future of gaming from his personal perspective as the creator of Games Workshop, the author of the ‘Fighting Fantasy’ book series and the life President of Eidos Games. 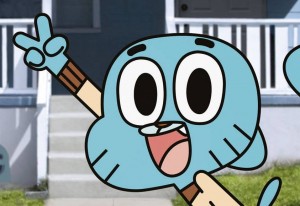 eative coup, the perpetrators of ‘The Amazing World of Gumball’ will be in Sheffield to reveal the secrets behind its runaway success. Ben Bocquelet, the creator, Mic Graves, the series director, and Daniel Lennard, the commissioner, will take the platform in our BAFTA Presents session, celebrating their double BAFTA win.