The Cos and Pros of Co Pro

Catchy title eh! This is my last blog for the Children’s Media conference, so I warn you now, I may get a bit soppy and emotional. It’s been a journey dudes and dudettes, and everyone’s well and truly knackered, but in a good way. I’m here to learn all about co-production, the highs and lows, good and evil. Co-Productions are a fact of life for the UK film, animation and children’s media industries. The panel look like a lively bunch despite crumpled shirts and disheveled hair – it’s a trend we’re all sporting today. Tony from Collingwood O’Hare stands up to the podium to talk about co-production in Canada. There are good reasons to be part of a Canadian co-production team: financing, lower labour costs and higher license fees are but a few reasons to convince you. The negative things: loss of control in the creative process with all the work being done in Canada (sometimes up to 80%), higher budgets, it can get rather bureaucratic and time consuming with money coming out of the piggy bank faster than it goes in (always a bore). Tony’s talk is riddled with large numbers and percentages that leaves him, let alone us, exhausted. I admire his honesty that he himself only understood about 60% of his talk, but he kindly provides a website for us.

Billy is up next getting straight to the point: if you don’t have a domestic broadcaster then forget about getting a co-pro – it’s near impossible. He shows the opening credits of Pet Squad which has a co-production based in Malaysia. Pet Squad is a crime fighting animated series with a trio of superhero pets consisting of a dog, cat and a guinea pig. By working with a Malaysian co-pro Billy’s company was able to keep the copyright and same script, staying in charge of the creative part of the project. The one piece of advice he’d give to anyone wanting to know more about co-production is to get advice early on. The more you know and understand will give confidence in the project where the whole process can take years to make. You need to be able to laugh with co-producers – after all your all working to develop a children’s media project.

Owen stands up to prove that animation production can be co-produced in the UK. It can prove to be a difficult task as nobody in the UK fully funds animated productions anymore, but there are positives: there’s much to learn from great international producers and broadcasters and it’s easy to build solid partnerships and sustainable co-pro models for future projects. It’s less logistical which more often than not causes production management headaches – you’ll never have to deal with calls from across the world at 3am to establish the thickness of an outline of an animated character’s left hand! Is co-production in the UK sustainable? “Uh, I don’t know. Hopefully!” Owen says. I do too. It’s a nice idea that I feel makes the whole development process for children’s media projects more of a communal process. No more calls in the witching hour to discuss if an character should have bubblegum blue or candyfloss pink hair.

“Hello, I’m Karl, and I’m the last to speak and definitely the shortest!” says Karl from Impossible Film. He wraps up the talk with a slideshow entitled “Finding a Location in Jon Doyle’s Garage in Manchester Wouldn’t Look Out of Place.” We see a clip and hear the story of Animatter: Temporal Toon Transformation. It’s as funny as Karl and I’m definitely looking out for it. There are many things that Karl points out about co-production but the most important point he gets across is if you know you have to co-produce start very early. His advice is to speak to a man called Frank Taylor – an expert in co-production as well as how to survive in the wild. My aim now after this blog is to find Mr Taylor and hear his story about sharing lunch with a wild moose. I’ll leave you with that image.

Head of Production, Animation and Acquisitions 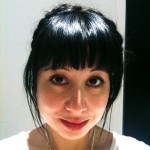 Nina has an MA in Children's Literature from Roehampton university where she wrote a 20,000 word dissertation on 'The Moomins'. She currently works for Conde Nast, assisting the 'Easy Living', 'Glamour' and 'Wired' magazines. She's also a freelance writer, writing for both online and print publications on a variety of… Read more