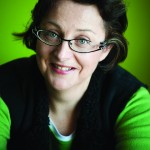 Jenny is a lawyer with extensive experience in the production, financing and international distribution of children’s television programs.
What she’s looking for at the conference:  “Interested in hearing about projects from the UK that might be suitable for co-production with Australia, or potential UK co-production partners for Australian projects”. 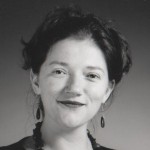 Jackie is Executive Producer, Animation and Acquisitions for CBeebies – the U.K.’s foremost dedicated pre-school television channel.
Prior to joining CBeebies in October 2008, Jackie worked as an animation producer and consultant working on many prestigious and award-winning animated series and specials in the Independent sector, from BAFTA, RTS, Prix Jeunesse and Prix Danube winning ‘The First Snow of Winter’ BBC1 through to the Pulcinella winning ‘Frankenstein’s Cat’ for CBBC and France 3.
At CBeebies, Jackie manages the Animation and Acquisitions slate and she is Executive Producer on many of CBeebies animated series, such as Tree Fu Tom, The Octonauts, Rastamouse and Bing Bunny. 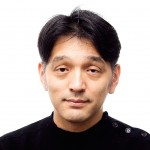 Hitoshi entered NHK in 1990. As a program director and a producer, he was involved in a wide variety programs mainly for young adults and children such as “PythagoraSwitch” which won Prix Jeunesse in the category of up to 6 non-fiction, “Found One”, which won preschooler’s category of Japan Prize. He has been a nominator for several international prizes such as Prix Jeunesse, Japan Prize and Asia-Pacific Child Rights Award. Now he is in charge of global contents development of children’s programs. He is the producer of acquired programs from overseas such as drama series for youth and children and a family-viewing documentary series.
At the International exchange, I would like to meet people who have projects which are short animations targeting at preschoolers and dramas for children and youth. And if you have projects with unique apps that are developed for international use, it would be wonderful to meet you. 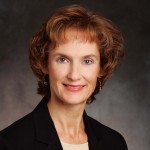 As the head of the Animation and Family Entertainment division at The Gotham Group in Los Angeles since 1999, Julie represents creators of top rated series, experienced show runners, Emmy award winning writers and directors, and New York Times best-selling authors. She also served as the co-producer on “The Spiderwick Chronicles” feature and as a co-executive producer on the Hallmark Channel’s “Dear Dumb Diary” movie. A “recovering” lawyer, Julie learned the secret ways of the studios before switching sides to promote and defend talent rights. 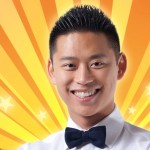 Trevor Lai is the CEO and Creative Director of UP Studios, one of China’s leading studios dedicated to creating and producing original family entertainment. Their BOOMiGram app, books and emoticons reach fans in more than 90 countries, and Lai was the first animation director ever featured by Apple in a cross-country tour of Greater China flagship stores to inspire creativity and showcase UP Studios’ creations with a series of special presentations. 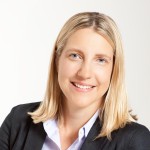 After graduating with a BA (Hons) in Media Studies and Arts and Media Management from Sheffield Hallam University and finishing her Master’s (phil.) degree in Textual and Visual Studies at Trinity College, Dublin, Katharina started working as a producer for commercials for renowned German advertising agency Jung von Matt in Hamburg.
In 2003 she joined ZDF Enterprises as a trainee then moved on to become Manager Acquisitions & Coproductions for children and youth content. In her current role as Director ZDFE.junior she is responsible for co-productions of and investments in kids’, youth and family programming. She also manages sales into the English-speaking, French-speaking and Scandinavian territories as well as key accounts.
As part of ZDFE.junior’s creative board which decides upon the creative direction of the company and the projects ZDF Enterprises co-produces and exploits across all platforms, she invests into all kinds of children and youth programming across all genres and ranging from pre-school to tween/teen content – animated or live-action. 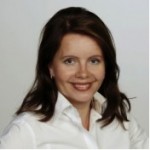 In animation I am not only looking for a high quality, but also imaginative characters and innovative stories with a humorous twist. I place strong emphasis on the scripts. The formats can be anything between 1’-40’.
Finnish-speaking YLE TV2 is the biggest broadcaster of kids’ programs when measured by ratings and audience satisfaction in Finland. Altogether it airs over 1200 hours of programming for the 2-12 y old kids. Pikku Kakkonen -magazine show is one of the biggest brands at YLE. Its main focus is the 3-6 y old kids. It reaches about 85% of the target group every week.
For the 7-12 y old kids YLE has an interactive brand named Galaxi. It reaches about 64% of its target group every week. Galaxi universe can be found on www.yle.fi/galaxi Buu-Klubben is aired by the Swedish speaking channel YLE Fem. Its main focus is 4 -7 year olds. 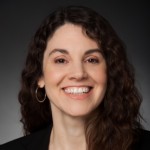 Since joining PBS in 2003, Linda has worked with renowned producers to develop hit shows that now reach 82% of kids aged 2-8 in the U.S. Linda is currently working on the preschool math series ‘Odd Squad’, the science series ‘ Ready, Jet, Go!’ and the nature series ‘Nature Cat’. Linda works closely with PBS KIDS’ interactive team to build a cross-platform educational media a experience for kids across all PBS KIDS media properties. Before joining PBS, Linda was Senior Vice President of Original Animation for Cartoon Network. She began her career with nine years at Nickelodeon, where she helped build the animation department and launch the ‘Rugrats’. 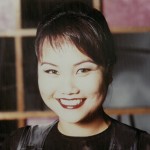 A multiple Emmy Award winner, Sharon Gomes Thomas oversees production, business development, distribution and licensing at Little Airplane Productions.
She has produced diverse programming for channels such as ABC Networks (USA), MTV, VH1, Nickelodeon, PBS, CBeebies and Disney.
Early in her career, Sharon worked for Viacom in Hong Kong and Singapore.
She was hand-picked to be the first News Anchor for the launch of MTV Networks Asia, and later became Director of MTV Asia News, creating programming for three 24-hour channels. She also appeared on the cover of Newsweek magazine.
Sharon has won Emmy Awards for her work on a medical series, as well as a Peabody Award for ‘Rebirth’, a documentary that premiered at the Sundance Film Festival and aired on Showtime channels.  ‘Rebirth’ also screens at the National September 11 Memorial and Museum at the World Trade Center site.
Sharon has visited and worked in 24 countries around the world and speaks several Asian languages.